Where to Watch Station 19 Season 5 – Streaming Full Online Well, thank god and the stars, at least we have a confirmation that the show is coming!

Officially, the Season 4 of the show is now over. Anywho, fans can take a sigh of relief since the action-drama is returning back. At least, there’s hope!

The network made sure to talk about the spinoff of Station 19 Season which is set to return back. And that’s a piece of good news!

Station 19 is starting season 5 off with a bang.

ET exclusively premieres the official key art for the upcoming season, and as expected, the squad is feeling the heat right from the jump.

The new tagline, “Temperatures are rising,” offers an intriguing tease for what awaits audiences when Sept. 30 rolls around.

Which ‘Station 19’ Couples Are Still Sizzling in Season 5?

Ten months have elapsed since Station 19 captain Maya Bishop (Danielle Savre) was publicly fired during her wedding to ob-gyn Carina DeLuca (Stefania Spampinato). In addition to that professional drama, the event stirred up much romantic drama.

Station 19 executive producer Kiley Donovan—who notes that there have been “big shake-ups at 19, and the fire family is not quite intact”—reveals which love matches still sizzle and which flamed out.

Despite Maya’s shift in career status—she’s still part of the Seattle FD, but where?—in Season 5, “their marriage is solid, an A+,” says Donovan.

The firefighters’ tempestuous union shattered when Andy (Jaina Lee Ortiz) blamed her hubby (Boris Kodjoe) for betraying Maya in order to promote himself as new captain. A reconciliation looks doubtful.

The former lovers (Jay Hayden and Lachlan Buchanan) smooched at the nuptials. Now their relationship has been rekindled, says Donovan, and it’s “more passionate than ever.”

The fiery poster, which features Jaina Lee Ortiz at the center of the action, also includes recently promoted series regular Carlos Miranda and Stefania Spampinato, the latter of whom transitioned to the firefighter series after starring on Grey’s Anatomy for four seasons.

Miranda, who joined Station 19 last season as Lieutenant Theo Ruiz, spoke with ET about what lies ahead for the squad in season 5.

“It starts off a little tense with how things left off at the wedding last season between Andy and Sullivan, see how they worked things out or not,” the actor teases, referencing Sullivan’s decision to advocate for a promotion for himself, causing a rift with his wife. “Andy feels he betrayed her and her friends, so there’s a little tension there. There’s going to definitely be some shocking things happen, some heartbreak for sure. It’s going to be exciting. We’re starting off for the first few episodes with a bang for sure. There’s going to be some jaw-dropping moments.”

Expected for a Shondaland drama, especially one filled with tangled histories and unresolved conflicts. As one of the “newbies” on Station 19, Miranda expressed excitement over the opportunity to flesh out his character even more, especially now that he’ll be around more.

“It’s been a real pleasure to play a first responder. I feel very honored to be able to put a voice to this character and to represent what these people are doing — saving lives every day, putting their lives at risk. It’s been an honor and a pleasure to be able to present that,” he says. “But at a character standpoint, I’m excited to learn more about Ruiz’s background, his upbringing, how did he become a firefighter? Hopefully, we get to dive into some of that this season and get to learn more about that, like with his dad passing away. How did he meet Travis and how did he meet Michael? I’m excited to hopefully flesh that out, and [also] see where Vic and Theo’s relationship goes. Does it work out with the backstory with Travis and Vic ? I’m looking forward to all of that.”

‘Station 19’ Star on Having ‘Conflicting Feelings’ Over Winter Finale

When Miranda was cast, he had no idea his character would play a crucial role in Travis’ grief as he mourned the death of his husband. “It was a big deal when I found out who Theo was. With Travis’ husband passing away and [Theo] being the cause of it, it was like, ‘Oh, wow. Man…,’” he recalls, confessing there was a level of fear knowing he was playing a character fans may not receive well because of the role he played in Michael’s death. “I didn’t know that that’s who Theo was when I first went into it, so it was exciting to learn that that was going to be his story because we’ve been seeing Travis’ grief throughout the first four seasons. To finally see who was the cause of it and bring him to life, it’s exciting and I think there’s a lot of stories to go from here.”

“I hope they can reconcile and become friends again because they were in each other’s lives before and clearly they meant a lot to each other,” Miranda continues. “I felt bad for Theo. He blames himself for Michael’s death and not only did he lose Michael, he lost Travis. Travis kind of shooed him away. And the problem when you’re going through something like that, I’m sure he needed his friend and he was his best friend. So, I hope they reconcile and are able to move past it and rekindle that friendship they had.”

In the romance department, Theo caught Vic’s eye almost immediately. Their courtship hasn’t been the smoothest, however, but things appeared to be looking up at Carina and Maya’s wedding in the season 4 finale when the two kissed. Does this mean they’re exploring a potential relationship in the new season?

“You know weddings, man. Weddings and hookups. It could have been just a hookup at a wedding or… I don’t want to give too much away in the season. We want to leave some surprise to the audience to see where these two are today,” Miranda teases. “It would be nice for Theo and Vic to end up together. Vic’s been through a lot too and I feel like Theo and Vic connect. They relate to each other in the sense of they both lost someone they love. I think that bonds them and they both said last season, they both were talking on the bench in one of the episodes, talking about the silver linings. They try to bring light to tough situations or be the good friend that lifts people’s spirits. And I think they find that they’ve always been that person to their friends, and Vic and Theo relate in the sense that they could be that to each other. Hopefully they work it out.” 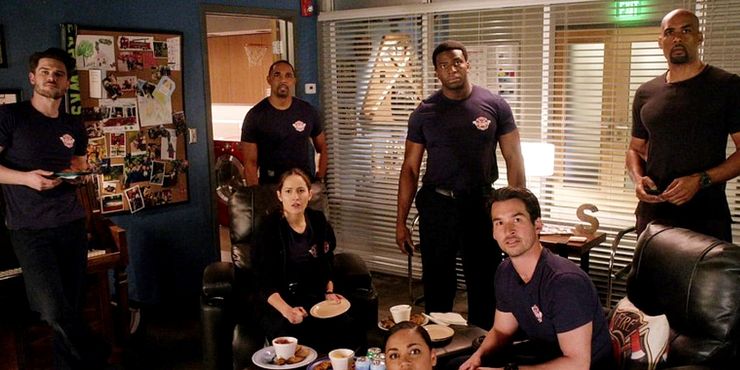 For ABC, it wasn’t the biggest of a deal since Station 19 falls in the list of one of the finest and has the highest rating in terms of scripts. Grey’s Anatomy is on top and Station 19 is second.

Season 4 of the show deals with the Fire Department in Seattle and the heroes that belong there. Not to forget to mention the important subject that the season dealt with like sex trafficking, pandemic, and racial surroundings.

To keep that in mind, there is almost 100% certainty that the upcoming season will also revolve around the same timelines. Also, expect some new ones to join the list as well.

If you are equally thrilled and want to know everything that Station 19 Season 5 will bring along, you have to keep reading.

Expect Station 19 Season 5 on your television from September 30, Thursday at 8 P.M. This show will see a telecast after Grey’s Season 18th on the same channel.

Expect new episodes every Thursday night till Fall. Besides, it might be May when you can expect the Season 5 Finale for Station 19.

Till then, you can just enjoy the show episodes.

Who is Returning as Cast?

There’s isn’t exactly a lot of information about who is coming back in Station 19 Season 5.

However, Stefania Spampinato aka Carina DeLuca in Station 19 will have a major role to play in Season 5. Not a lot is said about the ones who will come back.

Additionally, we also know how Vic is into Theo Ruiz (Carlos Miranda), therefore, it won’t be wrong to expect the lieutenant back on the screen. Moreover, below are the cast that are set to return.